How To Draw A Tombstone easy with this how-to video and step-by-step drawing instructions. Easy drawing tutorial for beginners and everyone.

Tombstones will often have a style or shape that is very specific to their structure, and we’ll recreate a classic example in this tutorial on how to draw a tombstone.

To start this process, we’ll start with the top of the headstone.

When drawing this headstone, keep in mind that it is a thick slab of stone, and this should be kept in mind when you are drawing depth to the headstone.

With that in mind, we’ll use a combination of lines and curves to create the shape of the top of the tombstone. The top will widen and thin out layer by layer of the shape.

Then, once you’ve drawn this outline, you can draw the depth we talked about by extending some “backward” curves from the tombstone.

Step 2 – Next, draw some details along the sides of the tombstone

We will now add some detail and structure to your tombstone drawing in this next step. First, we’ll draw a small ledge near the top of the tombstone.

This rib will be right below where you stopped drawing in the last step. You can draw it by adding some thin rectangular shapes in the corners that we show in the reference image.

After that ledge is drawn, we will then draw another line inside the contour for the top vertex of the tombstone, as shown in the reference figure.

Finally, we’ll draw some lines from the top of the headstone to form the edges. These lines are better drawn by hand, as we want to make it look like it was made of rough stone.

Step 3 – Draw the base of the tombstone in this step

This picture is really starting to take shape! In this third step of the how to draw tombstone tutorial, we will draw the background of the tombstone.

First, stretch the lines that you drew for the sides of the tombstone a little deeper. Then, once you’ve done that, you can then use some more lines to create the base of the tombstone.

As you do this, try to duplicate the street corners we used in our reference image. Then you’ll be ready to start adding some decorative elements in the next step!

Step 4 – Now, draw some more details for the tombstone

Now that you’ve completed the general outline for your tombstone drawing, we can start adding some finer details in this step.

First, we’ll draw lots of circles near the base of the tombstone to create some earth and rock blocks.

It wouldn’t be a spooky tombstone without a RIP on it, so we’ll paint it on the face of the tombstone now.

The RIP will be drawn with simple, sharp text that you can copy from the reference image. You can also use a different font or style, or even draw a name or more text on it.

Then there will be an ornate cross painted near the top of the tombstone. You can finish off by painting some big cracks on the tombstone to make it look really old and weathered.

In the next step you will start adding some details and final elements to complete it nicely!

Step 5 – Add some final details to your tombstone drawing

Before you bring some color into this image, we first have some details and final touches to add to this step of the tombstone drawing tutorial.

The tombstone already looks pretty old and weathered, but with these last details we’ll make it look even more!

We added a bunch of scratches, chips and cracks to make it look older. You can add more or less of these details depending on the age you want.

For an extra touch, you can draw something like a ghost or a skeleton if you want a Halloween feel to this picture.

Step 6 – Complete your tombstone drawing with some color

Seeing as they are made of stone, tombstones usually don’t have many distinctive colors. In our example of this tombstone drawing, we used different shades of gray to give it some shadow and weather effects.

You can also use some brown or other colors instead if you like!

If you want a sense of atmosphere for this painting, one idea would be to use light, white watercolor paint around the base of the tombstone.

This will make it look as if there is a layer of fog surrounding the tombstone.

This is just an idea, but what else can you think of to color this tombstone drawing? 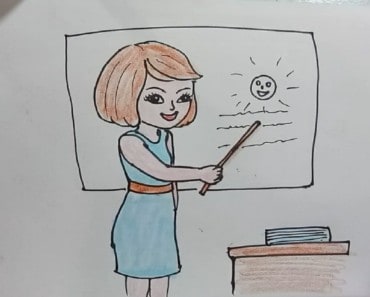 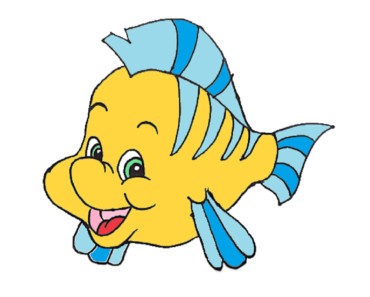 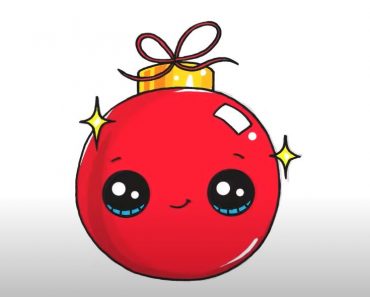 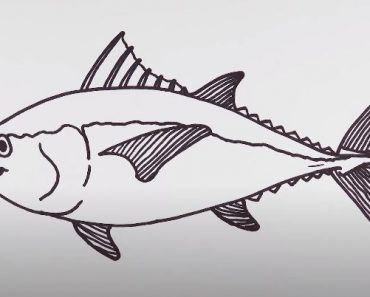 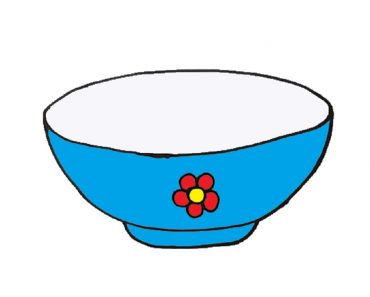