Grinch Drawing easy with this how-to video and step-by-step drawing instructions. Easy drawing tutorial for beginners and everyone. 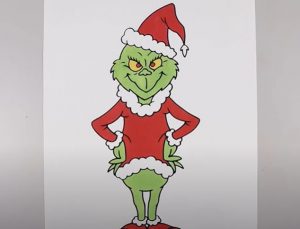 In this Grinch how-to tutorial, we’ll be portraying him in a classic Santa Claus costume. The first element will be his Santa hat, so let’s get started now!

To draw this hat, use a bumpy curve to create a thin oval that will form the soft base of the hat.

Then use a curved line going up from there to form the top of the Santa hat.

Try to keep the top of the hat fairly thin as you draw, and then attach a small braid at the end of the hat.

Step 2 – Start with the Grinch’s Head

You’ve already drawn the hat, so now we’ll start with the top of your Grinch drawing. First, draw some sharp jagged lines in the corner of the base of the hat, this will show some of his fur sticking out from the hat.

Then draw an inward curved line from these tufts with a small space between them at the end.

Step 3 – Next, start on the face of the Grinch

Dr. Seuss has a very personal style, especially when it comes to faces. Grinch’s face has some sharp lines and angles, and his eyes will be directed downwards to give him a menacing expression.

His nose will be quite small, with a line going down from it. Eventually, his mouth will go below that line, and it will be formed into a curved line with a pointed end in the middle.

Finally, you can draw a part under his neck that looks similar to the base of the hat. This will form a soft collar for Grinch’s suit.

Grinch always looks like he’s plotting something, so to show this we’ll have his arm by his side.

His arms will reach out directly from his collar, and will be drawn with some curved, angled lines ending at his hands.

Then his belly will be drawn with a wavy line going down to give him a bit of a belly.

Step 5 – Draw the straps and some details

We’ll be drawing the belt for the Grinch in this step of the Grinch tutorial.

You’ll use a similar shape to the one you used for the base of his hat and collar to give it the soft look of those elements.

Once you’ve drawn that waist, you can add some lines to his arms and waist to give his suit a crease.

For the next aspect of your Grinch drawing, we’ll draw his soft hips.

They will be drawn with some curves going down from his waist with some jagged lines in them to create a furry appearance.

Be sure to leave two small gaps near the bottom when we draw the legs in the next step!

Step 7 – Finish with the foot

Step 7 of our Grinch tutorial will be adding the legs before moving on to the coloring!

His legs are quite short compared to the rest of his body, and as you can see in the reference image, they are made of two parts.

You can use some curves down from his hips to create the top of his legs. Then you can draw his big and flat feet below some ankles.

With his feet on, you’re ready for the next step! Before proceeding, however, be sure to draw any final details you want.

You can draw a nice background from your favorite scene from the book, or maybe even draw his little dog! What interesting details can you think of for your Grinch drawing?

Step 8 – Now finish your Grinch drawing with some colors

That brings us to the final step of your Grinch drawing! Now you have many interesting colors in your wonderful painting.

The Grinch has a distinctive bright green color with yellow for the eyes and of course some red for the Santa suit.

If you like his usual color scheme, I would use some acrylic paint or markers to make his colors pop!

However, that’s just one way of doing it, and you can also use more muted colors and media for your drawings.

Will you color in your Grinch with his traditional color scheme or will you switch it up with your own bright color choices?

Get your Grinch sketch ready for the holidays with these 5 fun tips!

We already described the main character of this story for this Grinch drawing, but you can add more characters!

The story and its various adaptations feature many iconic and distinctive characters, and they would be happy to add them here. You can look to the book and various movie adaptations for inspiration!

Which of your favorite Grinch characters do you think would best suit this photo?

In addition to the famous characters of the story, there are countless iconic locations. These would also be great to use as a background for your Grinch drawing! 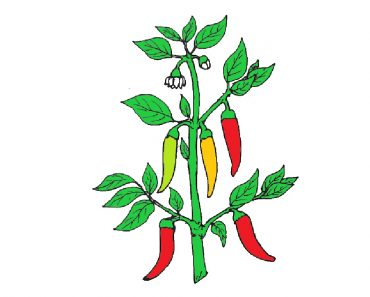 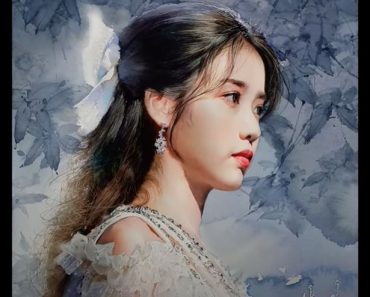 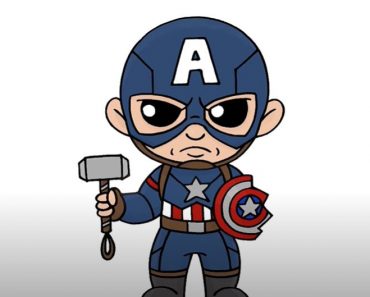 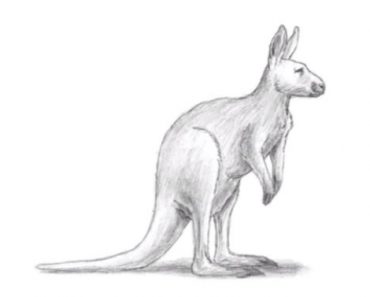 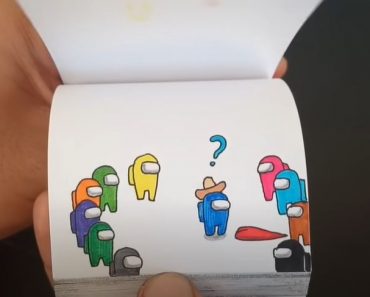 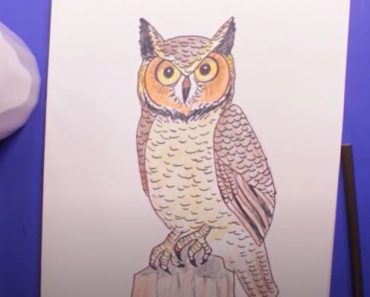