How To Draw Anime Mouths easy with this how-to video and step-by-step drawing instructions. Easy drawing tutorial for beginners and everyone. 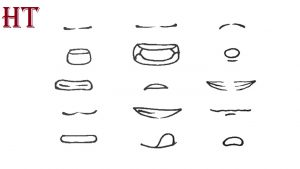 While anime and manga style mouths are generally pretty straightforward, they can sometimes be a bit difficult to draw as you have to strike a balance between expressing the right emotions and maintaining the style. To help, this tutorial provides examples of some of the more common oral expressions seen in anime and manga and explains the specifics of how to draw them.

How to draw Anime & Manga mouth on head

To get the position of the anime mouth on the head, you can divide the face vertically into eight parts and place it just a little higher than the first part than the bottom part. Of course, you don’t have to do this every time you draw because you can usually estimate the position.

The position of the mouth may vary somewhat based on expression but in general for a closed mouth it will be close to the example above.

How to draw Anime & Manga mouth open on the head

For an open mouth, the jaw can be pulled lower. Difficulty in some more stylized characters, this is not always the case.

When dividing the head with the mouth into eight sections, ignore the extra height due to the lowered jaw. Instead, estimate where the lower part of the jaw would be if the mouth were closed (as done in the example above).

Draw such a mouth with a slight curve and make it quite small relative to the head. You can also give it a little break in between but this can be optional.

How to draw smiley mouth in anime

To get this expression, draw the mouth wider than the previous example and with its corners raised (essentially a larger curve).

How to Draw a Serious Anime Mouth

This type of mouth can be used for serious or angry expressions.

Drawing it is pretty much like the flipping of a normal expression but with more curves in its overall shape.

How to draw curious mouth in anime

This example can be used for a character who is suddenly interested in something.

In this case, the mouth will be open with the top row of teeth slightly exposed.

When the mouth is open, you usually want to pull the lower jaw down (as mentioned earlier).

Draw it in a shape similar to a rectangle with rounded corners but slightly narrower towards the top.

You can polish the inside of the mouth to quite dark.

How to draw mouth in screaming cartoon

This open mouth/screaming example is a bit more complicated than some of the other examples in this tutorial.

With the mouth wide open like in this example, you’ll also want to pull the jaw down deeper than with the slightly open expression.

Draw the realistic mouth first by sketching its overall shape, then add the outlines of the teeth and tongue.

When painting or coloring the inside of the mouth should generally be darkest with a slightly pale tongue and lightest teeth (usually just white).

How to draw a cryptic Anime mouth

This type of expression can be used for a character who is confused, thinking or trying to remember something.

Again with the mouth open, you usually want to put the jaw lower when drawing it.

Make the shape of the mouth similar to the letter “O”. You can also add a small curved line below it to define the lower lip.

Like in the previous example, you can shade the inside of the mouth again to make it quite dark.

How to draw a smiley mouth in anime with teeth exposed

This is another popular variation of the anime smile which in this case is the tooth.This smile type can be used for really happy characters but can also often be used as a fake smile or a grin.

Draw this mouth shaped like a flattened slice of watermelon. You can also add a space between its two sides on both top and bottom (as is quite common in anime style).

You can also just give a tooth hint by adding a pair of curves on each side. Try to draw these in such a way that if you stretch them they will eventually meet in the middle forming a smooth curve.

How to Draw Anime Sly’s Mouth

In addition to showing a sly expression, this type of mouth is also sometimes used to give the character a more cat- or animal-like appearance.

Draw the mouth as a wave-like shape where it is raised towards the corners and then again towards the middle. Also try and keep it fairly symmetrical (even on both sides).

How to draw grinning mouth in anime

This can be used to portray a character with some bad intentions or simply to give them a competitive look.

Draw this expression similar to a smiling mouth but tilted to the side and the upper lip curled up higher.

To emphasize that this is a grin, you can suggest teeth on only one side. If you want to make the grin look more malicious, you can also suggest a pointed tooth.

How to Draw a Mouth Anime Upset

This type of mouth can be used to express annoyance or embarrassment.

For this expression, you can make the mouth quite wide and draw it in a wave sequence. Unlike the sly mouth, this one doesn’t need to be symmetrical.

You can also draw a small, upside-down curve to create a sign for the lower lip.

How to Draw Embarrassed Anime Mouth

This is a slightly different version of the embarrassed mouth. In this case, it shows more surprises. For example, a character caught off guard does something they don’t want others to see.

Draw this mouth slightly open (lower jaw position) and fairly wide. Make it a little wider at the bottom than at the top.

How to draw a creative Anime mouth

This is a generating expression that a character can have when doing something like writing or drawing.

Although the mouth looks like it is closed, it actually needs to be slightly open to stick out the tongue in such a way. For this reason, you may want to pull the jaw slightly lower.

However, it is optional for this particular expression even for anime characters that are not very stylized.

Draw the mouth as a slanted curve to the side with the tongue sticking out to the slanted side.

You can also lightly polish or color the blade for a finishing touch.

To draw this more stylized head top as well as other expressions with the tongue out, see:

How to draw Anime tongue out face step by step

Drawing the mouth in this way can be used to show a somewhat scared or spoken expression. However, if you want the character to look really scared, you can draw the mouth like a screaming expression.

With your mouth open, you can pull your lower jaw down. Make the shape of the mouth similar to an upside down pea. You can also shade it after drawing the contour. 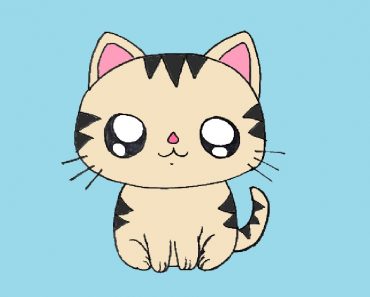 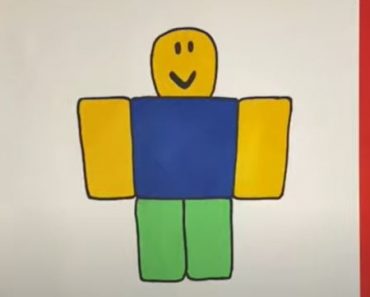 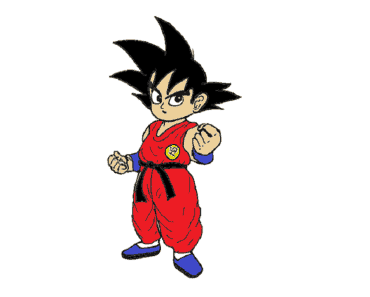 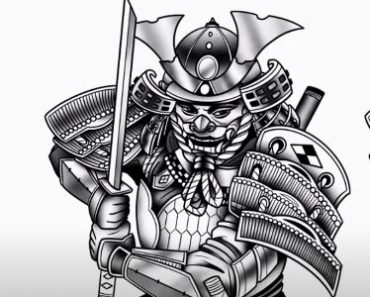 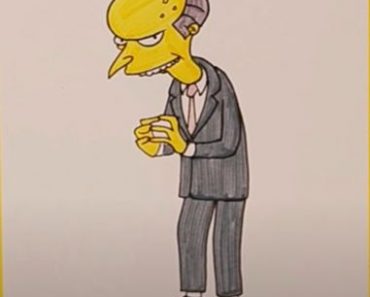 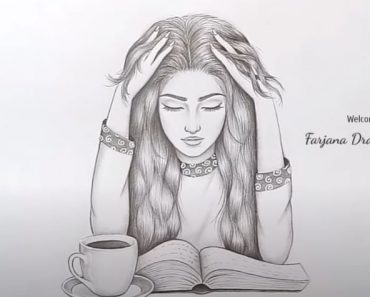