How to Draw Genji from Overwatch easy with this how-to video and step-by-step drawing instructions. How to draw cartoon for beginners and kids. 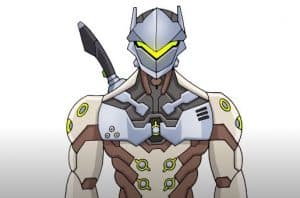 Continue to sketch the face. Use two sets of seven parallel lines to surround the shape of the eye and nose. Then, use four lines to surround a pentagon below. Use a series of eight lines to outline the lower face. Notice the similarities with the ears, cheeks, and chin. Stick a small trapezoid on each “cheek”. Draw a curve over the top of the head and surround each side of it with a narrow rectangle.

Start sketching the body. Draw two curves, double back on themselves, below the head. Shoulder armor with curves. Use straight and curved lines to cover irregular shapes of the breast plate.

Extend your shoulders using curves. Then draw a horizontal line at the bottom of each picture and surround an oval in an oval on the sides.

Use curves to cover the armor on the upper part of the arm. Use straight and curved lines to surround the smaller shapes in the first image.

Sketch the lower arm using pairs of curves. Draw each strip with a “U” shaped line.

Use straight lines to cover the bottom of the chest plate. Then use the pairs of curves to draw the armor like ribs.

Lengthen the curve pairs to create another rib-like armor. Then, draw lines like vertices of elongated pentagons.

Use the curves to draw partial circles on the torso, opening to the sides. From each opening, extend two lines and connect them at the end.

Coloring your cartoon Genji. His armor is decorated with silver, cream, brown and green. 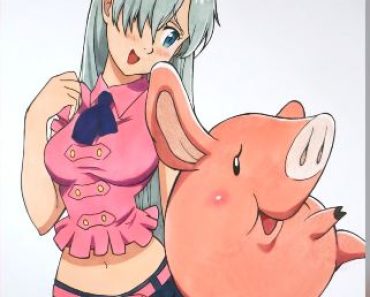 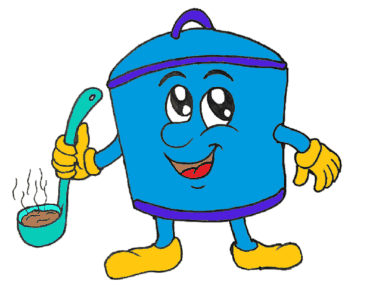 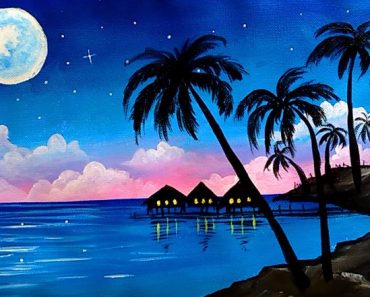 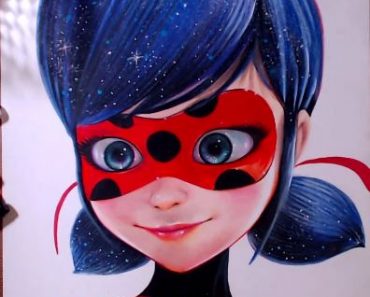 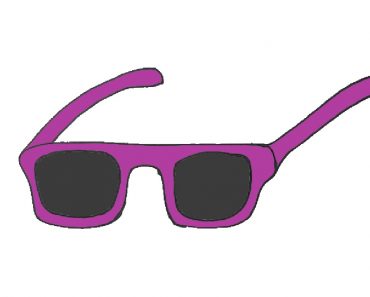 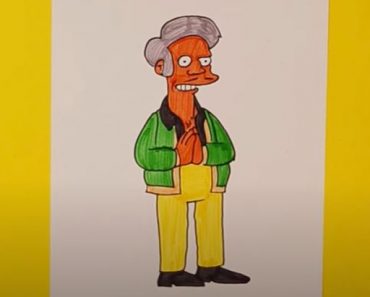